Rumours are abuzz that Friends star Jennifer Aniston will star in a sequel/similar title to Mean Girls, where newbie to the neighbourhood Jen An struggles to bond with her fellow suburban housewives who still behave like high school brats. 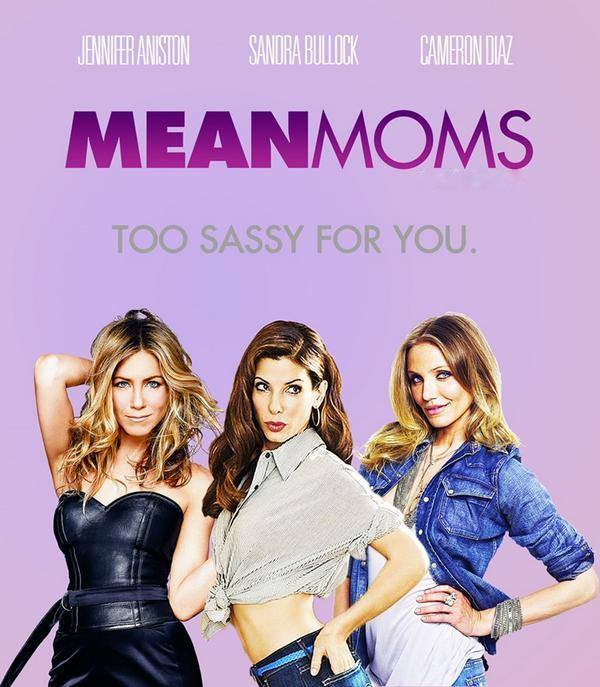 The mocked up image above shows what the film might look like when the cast is finalised (with only Aniston confirmed at the moment). If this line-up was real, Jennifer would be channeling Rachel Green before morphing into her sassy Horrible Bosses character, Dr. Julia. Cameron Diaz would be channeling the bitch she played in Bad Teacher. And Sandra Bullock, would, erm… also be there. Like really?! Whoever mocked this up seriously couldn’t think of a more-suited actress for this film? How ’bout Courtney Cox channelling Gail Weathers? Or Jane Lynch as a pushy lesbian mum? Or Eva Longoria as herself?

But having also heard rumours that the movies budget was cut, we’re left wondering if it will really be the God send the world hopes it to be. ‘Cause I mean, please, let’s not talk about GBF. If that waste of time proved anything, it’s that a budget-remake will just not cut it.

Mean Girls is a modern high-school classic, so when you pay homage to that, you better do it right. Considering it’s another adaptation of another Rosalind Wiseman novel, we’re hoping the scripting will be as on point as the first. But casting and direction are still fairly ambiguous.
As GBF proved, you can throw in a few familiar and that won’t save your flop of a film. It really needs to be a primarily unknown cast (as with Mean Girls), or an all-star cast to work. Because if the acting doesn’t nail it, not only have we just wasted a couple hours we won’t get back, but Hollywood has just tarnished the name of one of our favourite films. Because, who didn’t want to butcher the writers of Cruel Intentions 2 the way they butchered the brand of the best teen movie of the 90s?