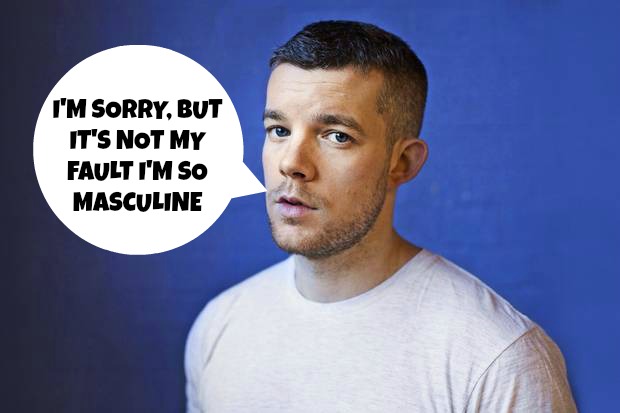 Russell Tovey caused a slight furore this weekend when he said:

“I feel like I could have been really effeminate, if I hadn’t gone to the school I went to. Where I felt like I had to toughen up. If I’d have been able to relax, prance around, sing in the street, I might be a different person now. I thank my dad for that, for not allowing me to go down that path. Because it’s probably given me the unique quality that people think I have.”

So what she’s saying is basically is, inside there’s a big old flouncing queen waiting to burst out, but his traditional father sent him to some god-forsaken school that now makes him ‘masc’, which so many people find attractive. So, thank you dad for making me more butch – you’re inadvertently getting me more dick. And roles. *Cackles while rolling around on pile of money and naked men*. Wonder if we bitch-slapped him a few times he’d start singing show tunes and lisping. 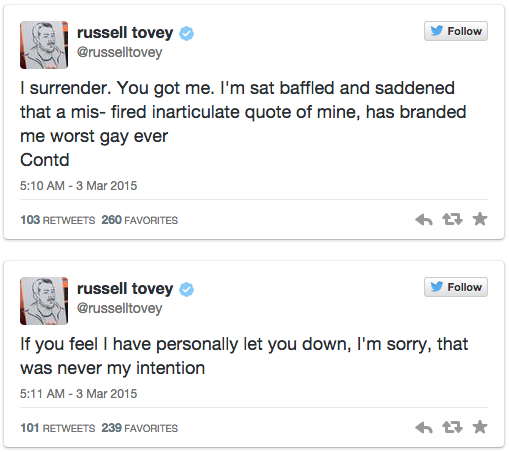 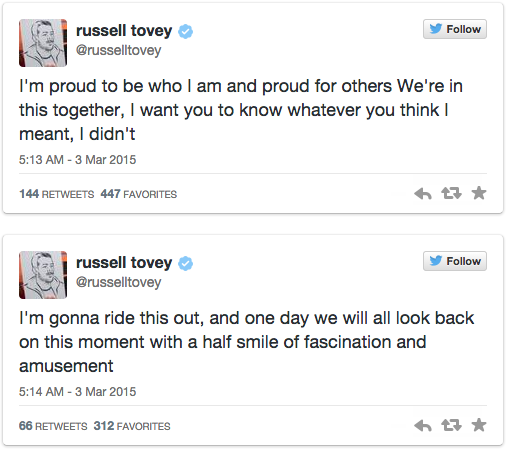 I personally, don’t think he meant any harm by the comments – but really, when you look at the people who are keeping you on top (or bottom, when you drop that ‘I’m so masculine’ fascade) – you should really think more carefully before you speak. Sounds like she had a big old ego going on up in that head of hers anyway, talking ’bout having a “unique” quality. Why because you talking like a straight man but love cock just as much as the rest of us?
Babe, it sounds like you’re in pain. It sounds like you love Britney and Madonna. It sounds like you’re itching to try on a pair of heels. It sounds like you’re gutted you never watched Sex And The City. And it sounds like you’re crying inside because if anybody knew how much you wanted to twerk, it would shatter the image your father was so desperate for you not to have.

Camp or not darling, you’re still a homo. And not a very good one by the sounds of it. What’s attractive in a man doesn’t boil down to whether he went “down that path” or not. It about being comfortable in ones own skin… Are you babe? Sounds like you’re happier with a big – albeit dwindling – fan base. Ouch…

Do you accept Russell Tovey’s apology? Or is it too little too late?

BUT, one thing I will state; he did try on my fur gilét once in G-A-Y Late. So he can’t be that opposed to it all. But like I said, it’s in there somewhere.

*Cut to a publicity stunt in attempt to rectify his comments: Russell in drag or Russell dating a limp-wristed twink?* 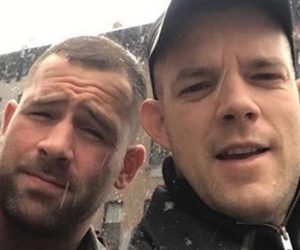 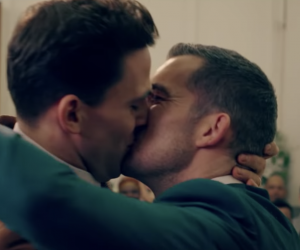 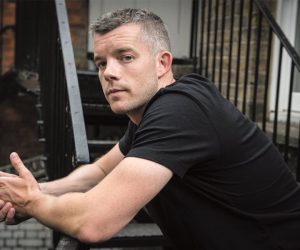