James Franco Interviews Himself, Confesses To Being Semi-Gay 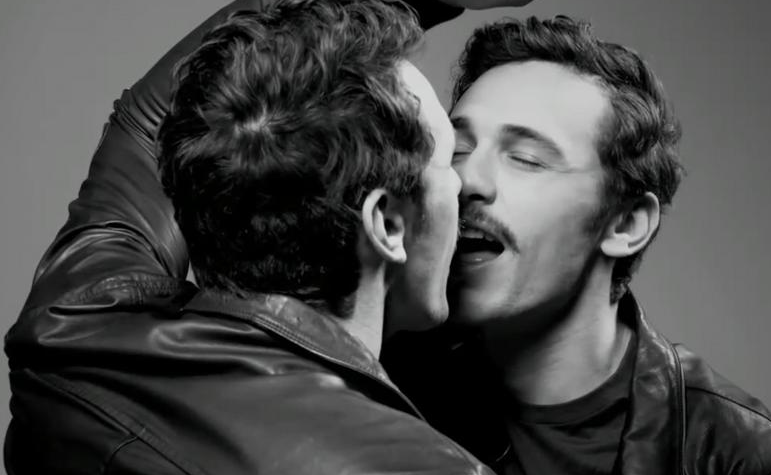 In a bizarre interview for Four Two Nine Magazine, James Franco’s gay personality interviews his straight one, and he confesses that his sexuality depends on how one would define “gay”. Saying that, “I’m gay in my art and straight in my life”. Umm, sure. Whatever that means? When he’s acting he’s attracted to men, but when he’s not he’s attracted to women? Is his art not a part of his life?

He goes on, “Although, I’m also gay in my life up to the point of intercourse, and then you could say I’m straight. And so it would depend how you define gay…”

“…if it means whom you have sex with, I guess I’m straight. In the twenties and thirties, they used to define homosexuality by how you acted and not by whom you slept with. Sailors would fuck guys all the time, but as long as they behaved in masculine ways, they weren’t considered gay.”

Not sure if you noticed this, but this isn’t the twneties or thirties, babe. How can you even reference something that was nearly a century ago? Personally, I think that Franco likes the idea that he can have a fool around with guys, but as long as they don’t put it in, he can still be considered straight. Why else would you even mention the sailors? At the end of the day, he’s such a gay-baiter that everyone thought he was a bit homo anyway, so ain’t nobody judging.

Still though, it is kinda brave of him to admit that he’s not afraid of a bit of batty-boy blowing. Although, would have just been a lot simpler to say that you’re bisexual, rather than having this big confusing blur of words, made all the more boggling by the fact that this interview was sponsored by Multiple Personality Disorder. Sure, I get it that some people don’t like labels, or identify with one type of sexuality – but this whole gay in my art/straight in my life/but also gay in my life before bumming tripe, is just a bit too over the top. Even for a semi-gay like James Franco.