Anti-Gay Marriage Protester Makes Tit Of Self, Slips Up On Live TV [Video] 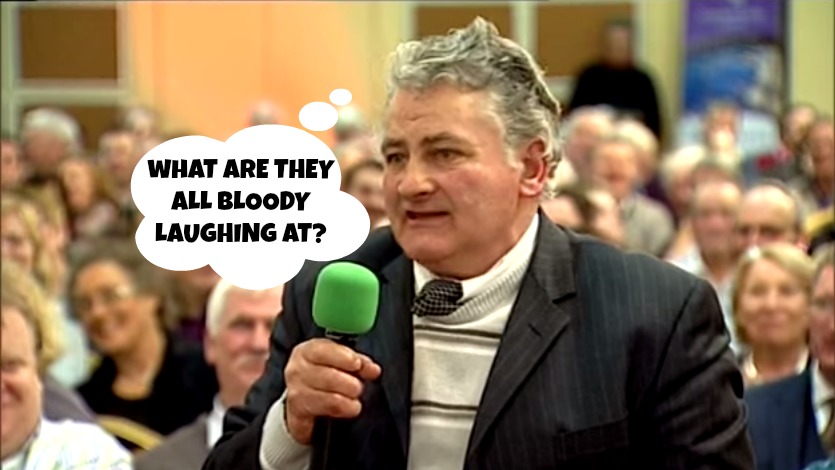 Oh how amusing it is when an opinionated fool makes an absolute joke of themselves. Like how somebody that once tried get fasty with you, has no idea that you were banging their ex. Similarly, watch homophobe and basket case Michael O’Leary rant about two members of the same sex getting married, when he inadvertently opposes straight marriage too.

On an episode of last week’s The People’s Debate, Old Man Jenkins unleashes his disapproval by shouting “We don’t want to see men and women getting married.” Much to the audience and presenter’s (Vincent Browne) amusement.

And as the studio closed later that evening, it was a guarantee that Michael O’Leary would go home to his wife and have her finger his prostate. It’s always the ones that get so irate who touch their toes quicker than you can say ‘prolapse’. The way he got all flustered before grappling for that mic back. Shame. Moaning on about family values and shit, what’s so family-orientated about refusing your son happiness had he been gay? It’s about time Ireland moved into the 21st century to be honest.