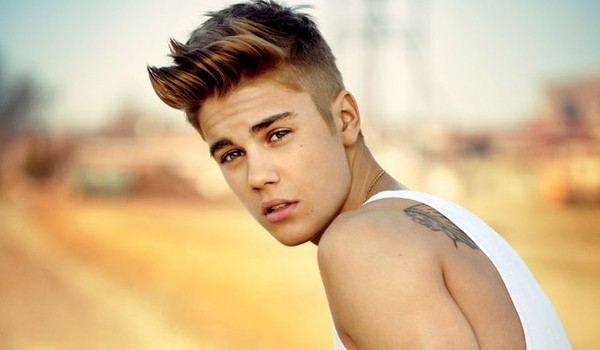 Of course I’ve seen you and your weedy (ahem) body posing for Calvin Klein. How could one repress such a travesty? As I’m sure you remember seeing news reports on the missing Malaysian flights or the Taliban. Similarly, one can never forget the moment a notable fashion brand died.

As a real talker, I will admit you look good. But honey, who doesn’t with a little airbrushing? I’d flick my bean to Boris Johnson is a pair of tighty-whities, had he undergone as much cyber surgery as you.

Although it’s unfortunate those Photoshop wizards can’t use their wands and tools on your personality. Or your music. We’ve barely forgiven Nicki Minaj for rapping on your track, so it’s gonna take a lot for Calvin Klein to get us back in their good briefs. As I’ve touched on, you’re a handsome lad – and had you not spat on a fan’s face, flaunted your temper like it was a Platinum record and attacked the paparazzi more regularly than you need to shave your chin – we might have seen where they were coming from.

Lest you get a big(ger) head, your looks are not why you were selected as a model. It’s simply because Calvin Klein have opted for the easy route, and millions of mentally-challenged teenage girls and nonsey older gays worship you.

The term “model” derives from the perfect example of something. That, you certainly are not. Unless Calvin had you sporting a giant phallus from your forehead or dressed you as a six-foot vagina, then it may have been fitting.

You say ‘Calvin Klein model’, you think Mark Walhberg, Freddie Ljungberg, Kellan Lutz, even Jamie Dornan, not some fifteen year-old lesbian with a packed out crotch. It’s supposed to represent simplicity and masculinity, but dear child, Lara Stone looks like she could have you in a headlock at the click of a finger.
I mean, do you really think Lara Stone is high giving her friends over cocktails ‘cause she had your pencil dick pressed against her thigh? Doubted. No wonder they didn’t ask you to do the classic ‘crotch grab’ – you can’t grope Photoshop, boo!

You compare yourself to Kim Kardashian breaking the internet with Paper magazine, but this is much closer to the appauling scandal of her and Kayne on the cover of Vogue. I mean, what next? Amanda Bynes for Michael Kors? Or maybe the cast of Geordie Shore for Christian LaCroix?

As for getting Selena back, you were lucky to have even tapped that in the first place. Clearly, the marijuana is going to somebody’s head thinking they can lay it on Miranda Kerr. With such a credible reputation as an unstable douche bag, I’d recommend going for any of Charlie Sheen’s ex’s.