Ever Wonder What A Bronze Cast Of Your Bumhole Looked Like? 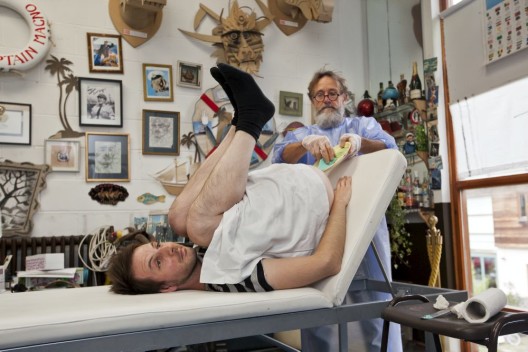 Are you hitting a bum-note (sorry) on what to get your boyfriend this Christmas? Why not a bronze cast of your poop chute? No, seriously.

It’s a real thing, I’m not chatting shit (I’ll try stop). Magnus Irvin is the man behind (lol) the making of the usual mouldings. According to Time Out magazine:

‘There’s something beautiful about your anus, […] I mean the anus in general,’ he says. ‘Remove it from the rest of the body and it could be a piece of coral. Or a flower.’×

Magnus, who works with his partner Michael Ritzema, work together as the sultry named Edible Anus. The business began when a lady Irvin met at a bus stop let him mould her starfish in to chocolate. We’re not even sure we wanna know how that conversation started. And we thought the requests you got on the 176 were inappropriate. But since then, they’ve been ordered by celebrities like Graham Norton. And now, you can get a bronzed moulding for the bargain price of £1,200.

Who wouldn’t want a replica of their sphincter for the price of a holiday? “It’s meant to be funny” – insists Irvin. That’s one fucking pricey practical joke. I don’t follow politics or whatever, but I’m gonna make the assumption that the recession is well and truly over, right?

Alexi Duggins – the brave participant – was then asked to point his toes to Jesus, you know like after you’ve had a few too many shots and wind up at a big Daddy Bear’s place. You can read his full account after the jump. Here’s what he was presented with… 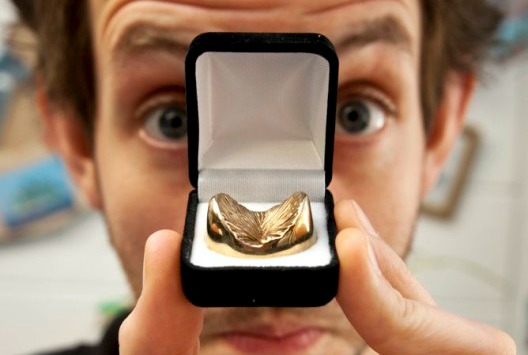 Not exactly the statue of David, but still kind of intriguing. Though you can’t put your dick in it, so maybe we’ll stick to Flesh Lights.