What You Can Learn From Being A Dating Obsessive 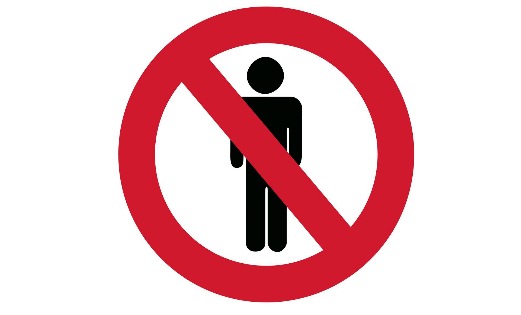 There quite likely might come a point in your life when you have to look at your relationship with men and come to the conclusion that you need to take a step back and focus your energy on other things. I like to call the period a ‘dating holiday’, also known as, ‘temporarily giving up on love’. Maybe you’ve been single a few years or maybe you’ve recently got out of a serious relationship, but if you recognise any of this behaviour, delete the Grindr and step away from the App Store…

Firstly, you over-analyse everything. Like when your old Whatsapp flirt adds you as a friend on Facebook. Why? Well, of course, he must have broken up with his latest boyfriend and wants to rekindle the love you never had. But no, he’s actually he’s just making sure he made the right decision in dashing you out, in favour for the new piece of validation on his arm.

And even when he doesn’t come hounding down your Whatsapp after you’ve posted a ‘total accidental’ pic of you looking casually perfect in just a towel, even then, when you see him update his status to some Madonna fangirling shit, you think that just cause you both like the same song you could still be destined for each other. After all, you did originally picture the two of you being the nauseatingly cute couple uploading pictures together at Winer Wonderland.

That was my first thought when I realised this thought process had actually gone through my mind, (also known as, when I noticed I was completely fucking crackers). It was like I was suddenly lucid, and when I looked around I was dangling his pet rabbit – floppy ears clutched – over a pot of steaming water.

And you begin to think that every boy you meet who shows you a little interest could be The One, telling your friends “I really like him” 30 seconds after being matched with him Tindr. As they offer a fake smile that says ‘sounds promising’, even though inside they’re like:

Only for you to discover a few days later that he’s either an utter tosspot and professional game player or duller than a wrap of baking soda. So that’s game over before it’s even started. Who’s next? And another thing you’ll start to pick up on; because the gay scene is so small, and social networks are so big, you get plenty of boomerangs. Boomerangs are the guys you threw away a few years back and somehow come back into your life.

And obviously, despite this being the dozenth time it’s happened, fate has obviously brought this person back to you for a reason. Then you’re relaying the story to your friends, “you remember that guy…”, and of course, they ask the inevitable question:

WHICH ONE. Because you feel the need to gush about every new man who sends you a dick pic, they simply can’t keep up. But I’ll tell you which one he’s probably not, The One. As if he had been, there’s quite a slim chance that it wouldn’t have worked the first time around. That’s just a coincidence, babe. That, or fate showing you the beauty of hindsight so that when the next one you “really like” doesn’t text you back, it’s probably not a bad thing.

Or so I tell myself, anyway.

Anyway, what we can accumulate (yeah, I know big words) from being obsessive, is that between Facebook stalking his new boyfriend’s neighbour’s dog walker and revisiting old flames we were only ever ‘meh’ about in the first place, is that we’re wasting an awful lot of time. So while you may not have found a knight in shining armour, you’ve potentially found a silver lining.

Now that you know you’ve got a lot more energy than you thought, you can channel this into other things. Remove all these men (also known as distractions) for just a little bit. Especially if you have much bigger goals than getting a boyfriend.

Delete your apps if needed, hide his shit from your NewsFeed and avoid the places you know he’ll be or are going to put you in a negative head space. Cold turkey is your best option. Once you start to feel how much better it is without carrying an obsessive nature, you’ll gradually begin to lean away from it.

On the other hand, if you’re one of those people that is nobody until somebody loves them, it really doesn’t matter, as you missed the exit for relevance a long time ago.