It would appear than model David Gandy is following in the footsteps of fellow sex symbol David Beckham and releasing his own underwear range. Now you know we think that Essex-born Gandy is seriously hot stuff – especially after naming him 2013’s sexiest Man Candy – but who actually shops at M&S? Well perhaps now maybe they will. If anyone can convince people to venture into M&S for their underwear above all things, it’s him and that ridiculous body.

The new line is also accompanied by a teaser video advert, that -funnily enough – doesn’t actually show the underwear. They are really relying on those smouldering eyes and hard abs. It seems he’s gone for a mix of modern and traditional styling to get a timeless look. But underwear is all about the fit on an individual’s body, so we’d need to slip in to a pair to see… Preferably his. 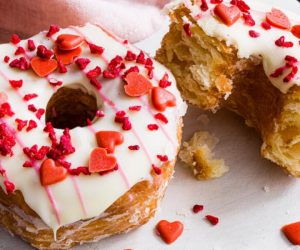