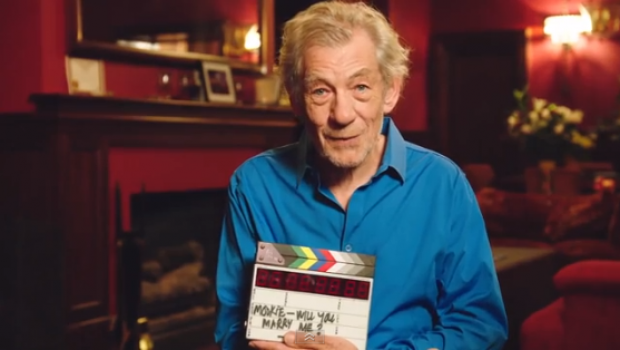 Ian McKellen is a total legend. He pretty much proved that in Vicious, if you didn’t already know that before. There are so many old bitter queens out there, but I get the sense that Sir Ian would just be bussin’ jokes with you over a Mojito.

Anyway, just when he couldn’t get any more loveable, he helps Brett Lotriet Best – who sought his help – propose to his boyfriend Khalid. But why, Sir Ian? Khalid is a big fan of Star Trek – and Captain Picard – who was played by Patrick Stewart. McKellen explains that Stewart wasn’t available, but that he should marry Brett instead. CUTE!

Khalid had already made an adorable ‘Cup Song’ YouTube video for Brett, which just takes adorable to whole new levels. Like, who buys cards anymore? Bitch I want a viral video seen my thousands!

We haven’t heard any news on the outcome yet, but HOW could you say no?

Other posts you might like:
>> Burger King Supports Gay Rights With ‘Proud Whopper’ [Video]
>> ‘Look Up’: The Most Powerful Video You May Have Ever Seen
>> Heartbreaking Marriage Equality Video 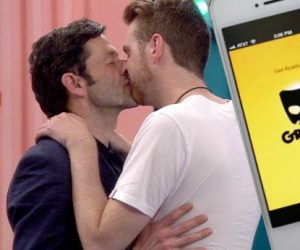