As an annual sufferer of S.A.D (Seasonal Affected Disorder), – which is why I haven’t blogged since last week – I thought I’d write an article on the best ways to coping with the disorder. It might sound stupid that a change in the weather can make someone feel depressed, but it’s a real thing, even if you can’t identify that as what it is, that’s making you wanna stay in bed all day, getting stoned and watch re-runs of The Mindy Project.

Obviously, the last thing you wanna do when you wake up on a dark morning is jump out of bed and throw on your gym kit. That extra couple of hours in bed feels like a direct gift from God, but I’m sure you don’t need me to tell you that working out releases a lot of positive endorphins, so squeezing in gym time before work or on your lunch break will have your mood boosted by the afternoon. It will also keep your metabolism higher for the colder months, so getting back your summer body next year won’t be as big a struggle.

Music is the answer. That’s generally my motto for when something is mentally getting me down. Obviously, there are some mindsets that music can’t cure, but it’s a good place to start. If you’re feeling lonely, blast out some Pussycat Doll’s ‘I Don’t Need A Man’ (or anything on this list in fact…). If I’m lacking energy, it’s Wynter Gordon’s ‘Dirty Talk’ that gets me out of bed. Or if somebody is fucking you off, a bit of Lily Allen’s ‘Wind Ur Neck In’ while you picture telling that pigeon what’s up, init.

Your diet is as important in the winter as it is in the summer, if not more so. Sure, you may not be flaunting your body on a stunning foreign beach or in a mankini at some Pride festival – but it’s a popular misconception that your body needs more food in the colder months; for energy and whatever. It don’t. That was made up by middle aged women that won’t get laid for the next 6/7 months and eat whatever they want (to help cope with S.A.D), until they start their New Years diet (again). People that suffer with S.A.D also tend to crave more carbs because of the lack of serotonin. Eating your feelings isn’t getting you anywhere. Plenty of fruit will give you the energy you need, while all bread will do is encourage you to stay in bed watching Disney films.

Speaking of getting laid, that’s something else that will help. Winter always feels less like winter when you’re spooning with somebody. Which by no means suggests all singletons should go and settle with some cretin just so they can get a little bit of affection. But if you can get a little jiggy on the regular, it will help keep your low mood in check too.

There’s something about going to bed in the pitch black and waking up in the dark too – not to mention the cold. I’ve heard that there’s special UV lights you can buy for your bedroom that prevent the onset of S.A.D. I personally don’t have one, but keeping your blinds open through the night does help with the getting up process.

C’mon. As a gay man you should know retail therapy is one of the most effective ways to get through negative feelings. Especially when what’s really getting you down is the weather. Go and getting a new winter wardrobe takes your mind off the fact that your shorts and vests are now irrelevant until 2015. (And even then you’ll need a bit of another revamp). There’s no point thinking about all the things you can’t wear when winter fashion is so amazing!

Hangovers are bad enough, but comedowns last twice as long and are twice as rough. Due to the low temperatures your body is generally more tired than normal – especially if you suffer from S.A.D too. But missing a nights sleep acts like jetlag and you can find yourself struggling to stay awake at your desk, let alone getting out of bed when you’re supposed to. If you have an obligation to be at a friends birthday, drink less and get to bed as early as you can.

It might sound boring, but you’ll come to learn that routine is your friend. As much fun as an impromptu after-work drink is, you’ll feel worse for it for the rest of the week. Going to bed and getting up at a similar time makes it easier to keep your body clock in check – it might sound like I’m stating the obvious here, but it makes sense. Even on your days off, try not to sleep in for more than an hour of your usual rising time.

For those you that can afford a holiday, don’t hesitate. Failing any of those, if S.A.D is affecting your day-to-day living on a severe scale, you should see your GP.

Other posts you might like:
>> Robin Williams Found Dead In Potential Suicide
>> 25 Ways To Recognise A Comedown
>> 15 People who Feel Worse than you on a Monday Morning 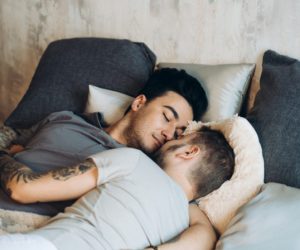 Tips for Your First Time Topping 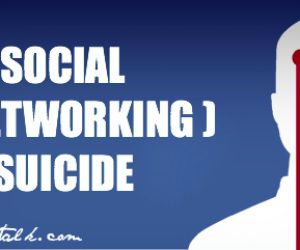 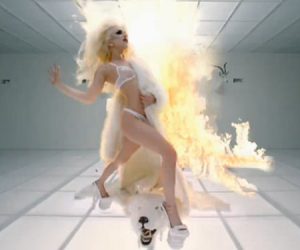