“So I want a photo of myself draped over one of the guys from Geordie Shore like a cheap scarf to go on my Instagram”.

This was my initial ‘Mission Statement’ before heading to Newcastle for the weekend. We were going for a relative’s wedding, that coincidentally overlapped Northern Pride. And it was drawn to my attention that perhaps I set my sights quite high and often end up disappointed.

You know when you think you’re gonna have the best night ever and it’s a total dud? Yeah, basically that. But only instead of a night out, it’s life.

But that didn’t stop me dreaming…

“Imagine if that boy I snogged in Gran Canaria is out, and I actually remember what he looks like!”

Setting yourself up for a fall again – I was told by my ever-realistic wingman.

Well, guess what? He was. And I did. But once again the images of us hooking up and having hot weekend-away sex were just another rose-tinted delusion. Just like Michelle Williams thinking she could have a solo career.

I recognised him instantly, because I’d never been so brazen with a boy in my life. Evidentially I thought just because I was wearing a long red cape, it was acceptable to use:

“Ever kissed a Superhero before?” as a chat-up line, before grabbing the nape of his neck and eating his face. It was only like 8pm, so things diffused before he was sitting on my face – but here he was standing on the Town Moore, and it was time to get what I wanted.

“Do you remember me from Gran Canaria?”

WHAT. HE DIDN’T REMEMBER?! I don’t care if you’d just done 14ml, he should totally remember getting with me.

Stay calm, stay calm – don’t jeopardise the only opportunity you’ve had of sex all weekend.

“I was dressed as Superman,” I continued.

“Oh yee, we met at Kiss?” No, we didn’t. Either the boy had the memory of a sieve or she was getting passed around that island like an unwanted Christmas jumper.

Although considering the slim pickings of Newcastle, perhaps that’s understandable. She was probably excited just to see guys in outfits that matched, let alone ones that looked good with their clothes off too.

PUH-LEASE. And I won an Oscar for my breathtaking role as Margaret Thatcher in The Iron Lady. Pah!

Tryna act like some angel when she’s got the knees of a nun – but those knobbles aren’t from praying, I’mma tell you now. Whatever, I’m not bothered if you’re a hoe, I just wanna tash on again so can we stop playing coy.

“Well at least you got a snog from Superman…”

It would be around this point in the conversation that I’d drop something cocky about giving him a reminder, but a witty retort is a lot less effective when you’re saying it to the back of someone’s head. Yes, he’d walked away mid-conversation.

My wingman and I shot each other that look that said, Who’s gonna stab the bitch first, you or me?

It’s bad enough getting pied out in your local bar/clubs, but when it happens up North by a Geordie pedestrian with cheap hair product and a big ego… I felt more rejected than Ariel in The Little Mermaid.

MEH. Obviously lives in total delusion anyway. How these basics think that because they’re a 10 in some suburban city, they’re hot shit. You’re the equivalent of a 5 in London.

What we can draw from this experience, is one of two things:

Other posts you might like:
>> THIS WEEK: What’s Hot / What’s Not
>> Tales of Gran Canaria: The Straight Wet Dream
>> MAN CANDY: Geordie Shore’s Gaz 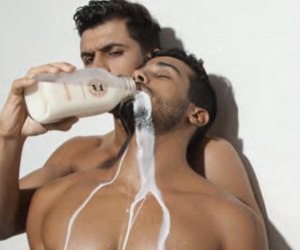 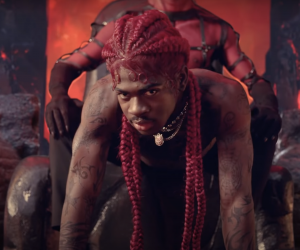 Lil Nas X is over your “top or bottom?” questions