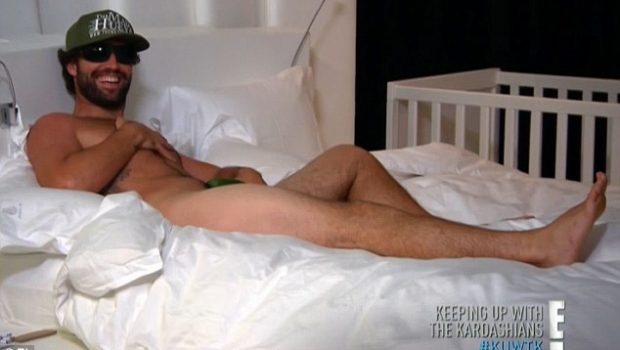 Brody Jenner Gets Naked On KUWTK

Wait, is KUWTK still on the air? Do people still watch that? We’re guessing the views will spike a little for this episode, where Brody Jenner is seen reclining naked on Kim’s bed covering himself in just a banana leaf. Ohh… so that’s where it gets its name from.

The incident comes after Brody walked in on Kim taking a basically naked selfie. They both thought the incident was awkward at first, but Brody later exclaimed her body gave him a “half-chub”. As if there weren’t enough incest jokes going down between this family…

Oh, and apparently they kissed when they were younger?! Although, after this snap, we kinda don’t blame her…