So you know when you find you’re straight girl mate standing outside a gay club, holding up some passed out trashbag because she ‘felt sorry for him’? Urgh, yeah, we all wonder why she decided to grow a conscience and lumber you with the scattiest bitch on the entire island, but she’s your good friend – so you owe it to her to get her out of being this clumsy-fuck’s personal leaning post.

Well on this occasion, the guy in question had been passed out for half an hour and as he drooled on her shoulder like some Great Dane with Bell’s Palsy, my friend looked like her pretty little head was gonna explode. I told her that you treat cracked out bitches the same as you would the homeless; a quick sympathetic smile and then pretend you never saw or heard them. Another friend had gone to fetch security but had clearly become pre-occupied with a domestic with his boyfriend, you know, because shouting at your partner is so much more fun than helping people.

So after trying to wake him up with no success, we resorted to the medic room tricks of pinching his neck (while resisting the urge to strangle the mutha-fucka just so your friend can come back in the club), and squeezing his ear lobe, but he still didn’t move. By this point I was now (marginally) worried too, but didn’t want to get security unless he was actually dying… I can’t be called for no inquest, there was a Wet ‘n’ White Pool Party on the next day, you know what I’m saying.
Instead, I called over another friend who I knew would be more experienced with such a situation.

“Right, pick him up” my Irish pal Stephen instructed. So we took one arm each and pulled him up to his buckelled feet, and girl even they were so bruck up, I’ve seen donkey’s on Animal Aid adverts with feet in better condition. At this point, Stephen took a glance over each of his shoulders to see if there were witnesses, and before you could say “statutory rape”, grabbed a cube of ice from his drink, shoved his hand down the back of the guy’s pants and pushed the ice cube up his rectum (that’s his hole, for those of you that were smoking weed instead of going to Science class).

Apparently the ice cube is so cold, the body can’t wait to get rid of it and sends the body in to a kind of shock mode. The next thing you know, the buckel-foot bitch has jumped up like she’s auditioning for STOMP. As the ice cube popped (or possibly slid) back out, my pal grabbed it and threw away the evidence.

Yes, he was now conscious and awake, but had we just molested a stranger? Possibly, but I’m sure it was for the best, right? He sat legs apart with his head in his hands looking more traumatized than Paris Hilton that day she had shopping drama…

But still, at least we saved his life so that he could proceed to go under at least another two times and horrifically publicly. Needless to say, those following times I had my friend so White Girl Wasted, she couldn’t pull none of that Florence Nightingale shit even if she tried.
So who’s to say if what we did crossed the boundaries of acceptable human behaviour, all I know is, my girl was back in the club. Goal achieved.

So it’s like the old saying goes, ‘when you’re friend is playing martyr, bring the bitch back to earth by whatever unethical means needed’. 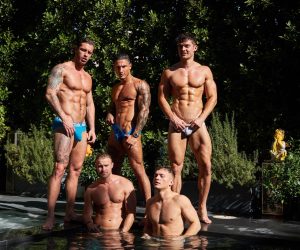 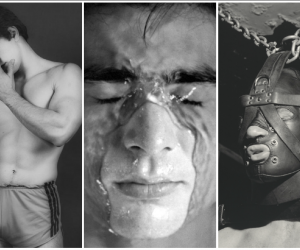 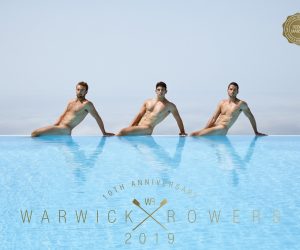