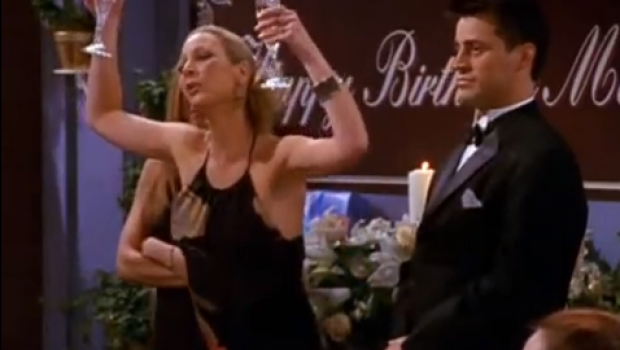 There are very few things that help a hangover like a punishing workout in the gym, a fulfilling healthy breakfast, and catching up with an old friend. So it was only natural that after drinking a full bottle of wine and over half a litre of vodka the night before, that on this morning I’d chosen all three. Well, that and the fourth best cure for a hangover… hair of the dog.

“Can we get two Long Islands please?” I asked and watch the waitress giggle. Did I look like I was fucking about?
“I’m not even sure I wanna drink…” my friend interjected.
“Of course you do,” ’cause a bitch don’t let a sister drink alone. So I assured the waitress that it was perfectly OK to drink alcohol anytime after midday, refrained from telling her that the only people who wear Doc Martins are grungers and lesbians, and got back to the conversation at hand.

“So are there any men on the cards?”
Is Lauren Pope a Catholic? Obviously, there’s always at least one man on the cards. Although most of the time they’re not even worth mentioning. “So nothing serious, then?”
I’m confused. Was she expecting me to have gotten engaged since they let gays marry? I know how to work a man to a certain extent honey, but even God couldn’t pull that shit off.
We then moved on to the ‘do you want a boyfriend’ conversation… Which any gay guy that’s been single for substantial amount of time will be familiar with.
The thing is, we’re not like girls – we don’t fall in and out of love as easily we do different outfits. We also don’t put as much effort into finding ‘The One’ because who needs a man to cuddle when you’re up in the club for three days?

Still, I told her that it had crossed my mind lately (usually after three days in the club – and a fat smoke), that I did find it a little disheartening that at twenty four, I didn’t have one serious relationship to show for my years of dating.
“It might sound cheesy, but perhaps you’re just not ready…” she suggested.
“I don’t get why people say that. How can a person not be ready?”

“Well, when I used to see my therapist…”
Lord. It’s the start of a sentence that anybody discussing relationship advice with another person dreads. How did I end up with friends that had therapists? Had I picked her up from an episode of Frasier?
“… she used to say” my friend continued, “that sometimes people self-sabotage themselves because they’re not quite ready for what’s in front of them.”
“Gurl, in English please…”
“Well many people deep down aren’t comfortable with who they are, so they create a wall to prevent letting other people in. There’s things about yourself that you struggle to come to terms with, much less let anybody else see them…”

OK, I thought brunch was supposed to be fun. I beckoned over the waitress and her hideous fringe and signalled her to bring two more (extra large) drinks.

“So in your case, perhaps you created this whole dating blog thing as a way to subconsciously keep a real relationship at arms length.”

But denial is so much more my style…

This ‘blog thing’ that the bitch ain’t ever read in her life. Since we’d last met, I may not have found a boyfriend, but evidentially she’d gained a psychology degree.
“So don’t you think that some people just jump into relationships and others just aren’t prepared to settle?”
“Mm… Maybe.” The girl that’s had four “true loves” rolled her eyes and played with the ice at the bottom of her glass.

So if you haven’t had a serious relationship by the time you reach your mid-twenties is it possible that you simply haven’t met someone good enough to introduce to the family? Or, have you potentially met a ton of men that are up to your standards, and like you too, but for one subconscious insecurity or another, you haven’t really given them the time of day?

Who knows. All I know is, I ordered a cocktail and instead a bitch got served a psychological analysis. At 12.30pm, it wasn’t too early for a Mojito, but it was definitely too early for a home truth.

Other posts you might like:
>> Easter Special: SACRIFICES
>> DATING TALES: Eating Out For Breakfast
>> Thought of the Day: Dark Pasts / Bright Futures