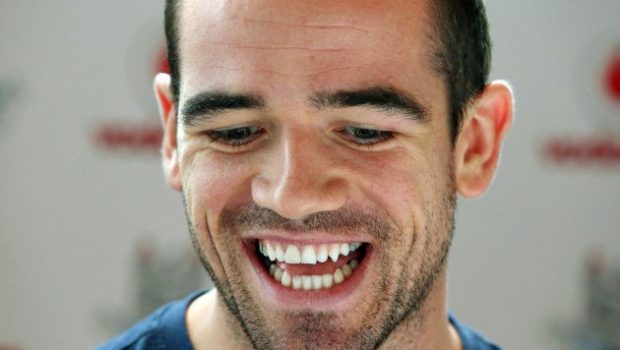 On Monday in what was an All Ireland Club football championship, captain of St. Vincent team, Ger Brennan took to the mic to thank the families and friends of his players for their continued support. There’s nothing particularly extraordinary about this, except Ger’s speech marks the first time both boyfriends as well as girlfriends have been thanked.

When I was watching the match (or when the match was on in the pub I was drinking in), the first thing you notice is how hot Brennan is – duh. And now to know that, he is sexuality-accepting – along with that accent – are just enough to make you melt. And he doesn’t even bat an eyelid when he says it either. It may seem like a non-event, but it’s actually quite a beautiful movement towards the breaking the stigma of being gay in football, and we salute him for that. And by salute, we mean… 😉

There will undoubtedly be some backlash from (Gaelic) football fans that are still living in the 50s, but you know what? It’s really not that big of a deal. Just as Brennan demonstrates…

Other posts you might like:
>> MAN CANDY: Rugby Special!
>> DATING TALES: The Hardship Of Being Gay (and Famous)
>> MAN CANDY: Robbie Rogers Returns To Attitude – And He’s Forgotten His Shirt