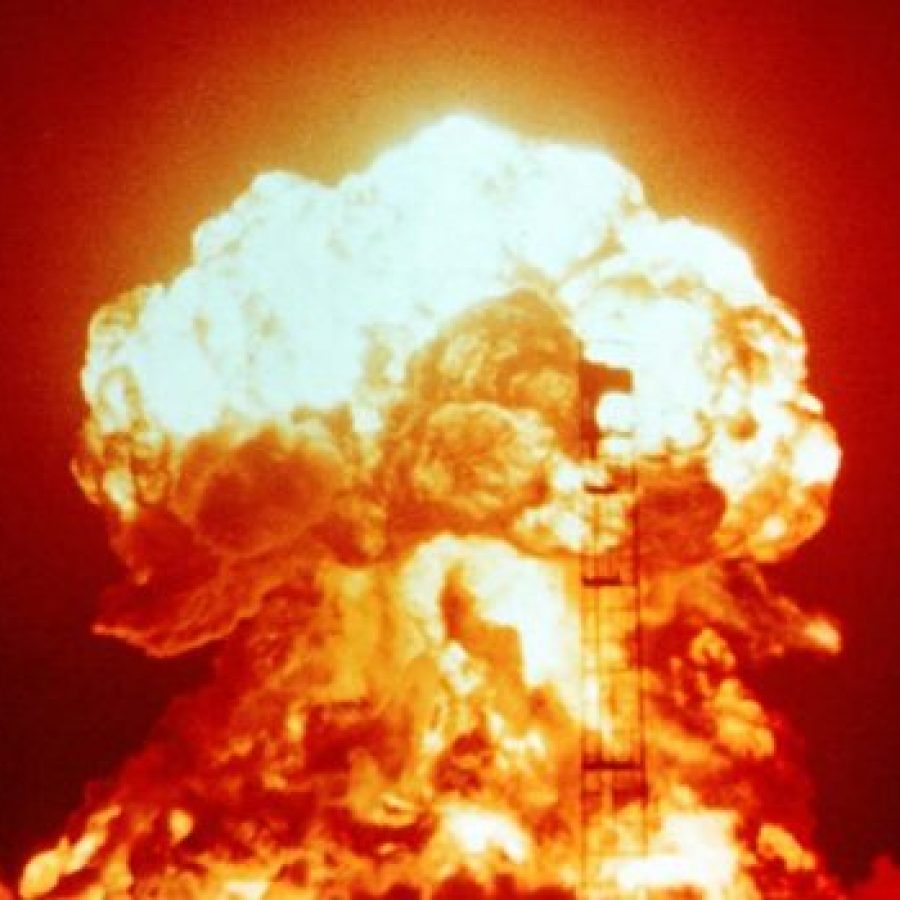 It’s the laws of the universe, or most of ours at least, that the moment we least expect/want something is the moment it will happen. As soon as we’re offered an amazing job promotion in a beautiful country across the world, we’ll meet the man of our dreams (in London). Just as we’ve got enough spare dollar to treat ourselves to that statement piece we’ve had our eye on all season, we’re hit with a parking fine. Or, in the most extreme scenarios, the second we leave the house looking like an episode of Shameless, we will, inevitably bump into an ex.

We once discussed this beautiful idea that all of our exes could be shipped away to an island, so that whenever we’re stoned in Sainsbury’s, hungover on the rush hour tube or walking through Soho in drag that we wouldn’t have to bump into them. Our exes could then hook up with our other exes and treat each other like wankers as penance. It’s a vision of paradise, right?

Unfortunately, a vision is all it is. And those moments when we least want them still occur. A recent incident proves the point. Let’s go back a few months… I’d had a pretty decent date with this guy and it seemed like we were both on the same page with regards to level of interest in each other.
It’s like there was a sexual magnetism between us, so obviously I’m doing the Walk of Shame through west London the next morning. Needless to say after days of listening to Whitney power ballads and empowering ‘Independent Women’ tracks, I finally concluded that he wasn’t going to call/text/FB/tweet. His number was deleted and so was any daydreams of a whirlwind romance.

Cut to the present day and I’m in a local bar/restaurant catching up with an old friend. It’s that kind of bar that likes to think they’re something when they’re really nothing special; a bit like Lea Michelle. Anyway, so they’ve asked me to take my Snapback off…
“My hat?”
Most people that wear hats/caps can vouch that we wear them for a reason. I’d woken up from a late-afternoon nap and thrown a hat on.
“Yes, there’s no hats for security reasons.”
Oh fuck off. So there I am sitting with my hair half stuck to my head like a new born bird.

It was cheat day (the day when you can, and do, eat whatever you want after a week-long strict diet), so naturally we were really going in with the appetisers; nachos, king prawns, BBQ wings, we had errting. And just as I’m tucking in, I hear the macho shrill of a familiar voice.

I turn around to see my man, standing there, alive and everything. I’d presumed he died which is why he hadn’t text. Bumping into someone you have ‘history’ with, unexpectedly can be feel like a bomb exploding in the pit of your stomach. BANG. That was the first explosion, him rocking up in my ends when that bitch bullied the hat off my head.
So we proceeded to small talk, and I’m thinking girl, we’ve been inside each other can we dispose of the pleasantries please? Before he decides to inform me,
“Babe, you’ve got BBQ sauce all over your face.” BANG. That back-handed comment was the second explosion.

So there he is, glowing like a fresh cooked turkey and I’m sat there like the last ratchet chicken wing nobody wants.

“You got enough food there?” he asked glaring at the table over loaded with carbs and calories.
BANG. That was the third.

Those of you that know me, or read this blog on a regular will know that this is my greatest fear realised; somebody I like seeing me in all my cheat day glory.

Was this mutha fucker trying to give me a stroke in the middle of the south London’s ponsiest bar? First, he springs up out of nowhere, then he points out I’m a fat pig (indirectly), urgh, was he done yet? Nope.

“I keep laughing about you falling down the curb at the train station…” BANG.
Da fuq? Now, he wants to regurgitate my fail-shame? I was under full-on attack, armed only with a couple of half-eaten onion rings and an empty bread basket. I about near waved my mayo-stained napkin as a sign of defeat. And just as I was ready to say goodbye, crawl under the table and demolish another 3 bottles of rosé…
A cute young boy emerges at his side. Where the fuck did she come from?
“Anyway we better go… Good to see you.” And out they walked with his arm around that chippy’s waist. BANG. That battle was over before it’d even begun.

Good to see me? Was it? Was it really good to see me verbally impaled and practically gasping for oxygen? Sadistic bitch.

The good thing about ‘The Island of Exes’ being a mythical figment of our imagination is that when the universe decides it’s time for them to be kept of their toes; and it will… you get to relish in it.

My daydreams involve him going under in the middle of Gran Canaria Pride, and me doing a Heidi Klum:

Other posts you might like:
>> How To… Handle Bumping Into Your Ex
>> The Ex, The Text, And The Threeway Sex
>> DATING TALES: Hot Vauxhall Mess