Do men ever really deserve second chances, or is the fact that they blew it the first time around enough? Well, it depends what they did wrong in the first place. But what you’ll find is that the more life goes on, the less likely you are to doll out second chances like they’re shots of GBL at a chill out. Mostly because it just gets tiring and you learn to recognise the signs of liars, cheats, time-wasters and waste men from earlier on. You just have to identify what kind of male-type they are, and then weigh up the benefits of giving him another shot (with you… not of GBL).

I recently thought I was hot shit because I’d been beating the men away with a stick (sometimes my stick) of late, but it only takes the rejection of one man to knock you off that pedestal. Unfortunately for me, it was three men. One used the “I’m seeing somebody now, I’m afraid.” Bullshit. I’ve used that before, and also find it hard to believe that you picked up a boyfriend in the space of a few days. I’ve had farts that have lingered around longer. This male-type was a liar, or so it seemed.
Either I’d done something to totally turn him off in those 3 days (which is hard to believe seen as we hadn’t spoke) or he genuinely had met somebody new – and obviously less amazing. I’m not sure what’s worse, that I had such an undesirable trait that I was completely unaware of – that warranted an instant courtesy pie – or, that he’d picked somebody else over me so blatantly.

Anyway, we hadn’t been talking that long so it wasn’t really a big deal – but the best way to cope with such a circumstance and prevent oneself from dwelling on somebody you were only ‘meh’ about in the first place is to remove them cold turkey. I deleted his number, cleared our chat history, removed him as a favourite and voila – after that last button was pressed I never thought about him again.

The second was keen and up for a ‘late night date‘ right up until the day. The people that reject you on the day tend to go about it in one of three ways…
a) The Hopeful Disappearance – they don’t text you, hope you don’t text them and that the fall of blame for missing the date will fall in neither one of your courts. This could be for a number of reasons; they were hungover, they had a herpes outbreak, they actually shit themselves because you’re out of their league and they’re only 5’7″…
b) The Let Down – He’ll text with some lame excuse like his goddaughter’s unicorn has just died and he needs to sort of the flowers for the funeral. Yack.
c) The Raincheck – He’ll give generally a good reason for not being able to make the date, and will immediately suggest the next day that he’s free. This is usually a good sign that he wants to see you again. Although beware, if he’s unspecific, don’t get your hopes up.

This guy was kind of The Hopeful Disappearance, in that we’d arranged the day of the date and I’d given him my number to confirm and didn’t hear anything back. His male-type is a waste man, but he’s not worth deleting because in a few weeks he’ll come crawling back out the woodwork wanting to go for drinks again. Unfortunately for you it’s the same day that your third cousin’s leprechaun is being baptised so you’ll have to make an unspecific raincheck.

Finally the last guy, was a guy that I’d been on a date with a while back. He’d blown me out quite a few times after that first meeting, but not in a way that I felt totally mugged off, because he’d always been the one to initiate them. Why would you keep arranging dates with someone, to then ignore them when it’s supposed to happen? It’s just a complete time waste, for both parties. This time I’d decided I weren’t chasing him, if he wanted me he could come for it. And he was still serving up shit excuses like ‘my messages aren’t coming through ’til late’. OK, that’s cool. I was more blasé than Scott Disick…

But I then realised that I was the one who had his number. So I dropped him a very caj (casual) text,
“Are we doing tomorrow?”
This was strictly a hook up, because I’d already learnt not to get myself emotionally involved in someone so flakey. I wouldn’t invest feelings in a Greggs sausage roll, so I certainly wouldn’t in him. I didn’t expect a reply, and I didn’t get one. He was now no longer even worth a fuck. His male-type is pure time waster. Remove from favourites, delete the number, hide on the Facebook NewsFeed, but don’t block. When he next decides to toy you around – just smile and ignore it. He’s one of the rare guys that got more than two chances because you had a soft spot for him. And eventually when you bump into him one evening in Rupert St, and he asks you out again, you tell him that you’re life is simply ‘too busy’ for time wasters, and he’ll feel about a centimetre big.

Just remember that if he messed you around once, there’s a good chance he’ll do it again. Dust off your shoulders and let him take you out (unless he picked someone else over you – if you weren’t his first choice, he shouldn’t get you at all). And if you decide to see if he’s worth it, don’t be an eager beaver – remember he wasn’t.

Other posts you might like:
>> The Curse of the First Date Fuck
>> The Rise of the ‘Late Night Date’
>> Ditch the Dustpan 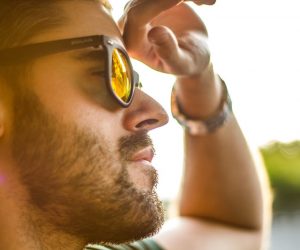 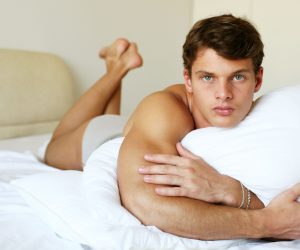