Review: Rihanna – ‘Pour It Up’

Oh Rihanna. Now everyone knows that girl loves a headline, but why film a ‘controversial’ music video, when you’d grab them anyway. There’s being sexy and there’s being an overt hoe. I’m loving the dollar bill heels at the start, they are major but then I just feel like she’s walking a very fine line between swag and ghetto. And I know that’s the tone of the song, but after there’s been such a backlash against Miley’s twerking, why would a much more successful star then go and do it wearing even less? We already know you’re a Barbadian bad gyal, we don’t need to see it from your thrusting crotch. It’s all very try-hard when she used to be so effortless (remember the ‘Hard’ video with Justin?).

She’s dancing like some back-up in a Snoop Dogg video – and they only do that because he pays for their fake titties. I think it’s quite easy in Hollywood for celebrities to reach a point where they have so much money that they no longer care; they think it gives them the power to do whatever they want. Has Rihanna reached that point?

The cinematography is still beautifully shot though and the bed covered in water is editorial chic. But the white wig and cigars need to go, girl! 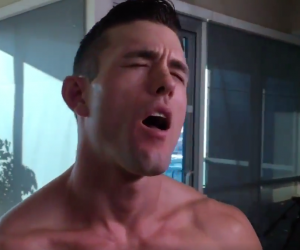