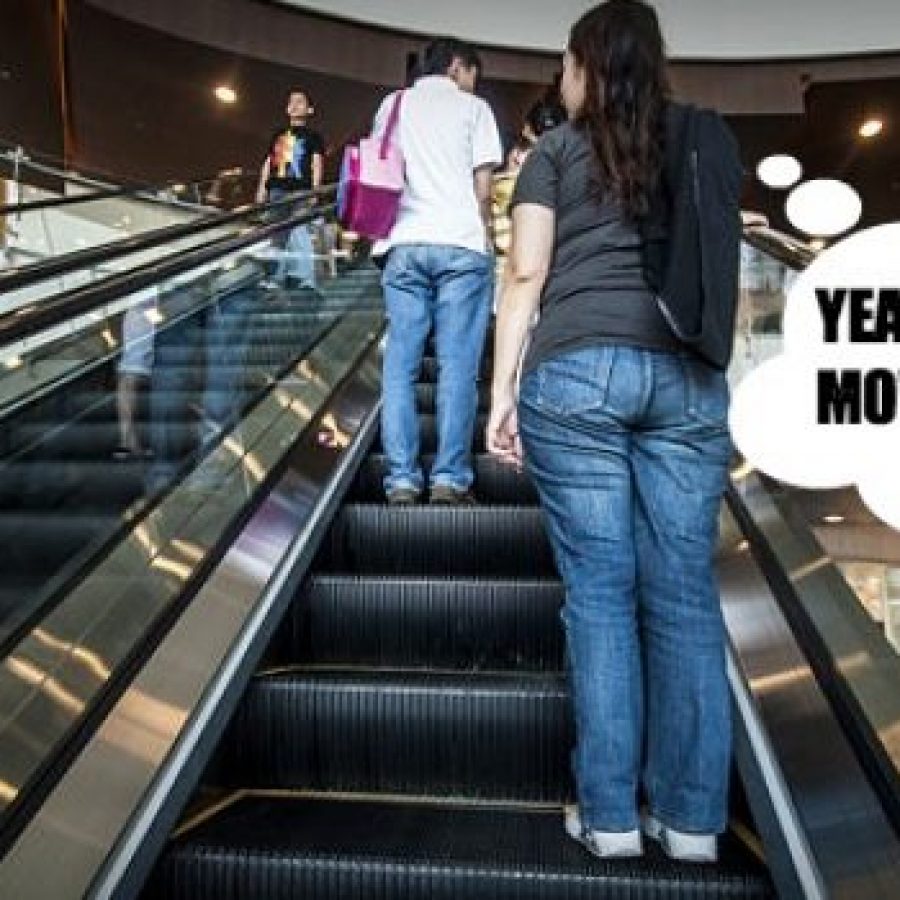 MORE of the Most Annoying Things in the World (EVER!)

Last month we spoke about things that are unbearably annoying. This month we return to idea, and will keep on doing so until all annoying things stop happening…

People standing on the wrong side on escalator

Surely even tourists should know this rule?! Why are they always doddling on the left hand side when I’m in a rush for lamaze class. Just kidding, I don’t even know what lamaze is – but it just felt like one of those moments. Seriously though, do you know how hard it is to mince away swiftly after bumping into somebody you shagged when there’s a little Chinese woman in the middle of the escalators at Tottenham Court Road? So selfish.

Kisses on the end of statuses

Getting your earphones caught

This one actually makes me want to scream and kick whoever’s nearest to me in the cunt. Not only does it interrupt my jam, but it hurts! And if it happens in public, then you have that humiliation on top.

There’s nothing worse than tucking into your favourite sandwich, burger, or subway and the insides falling out the other end while leaving a slimey trail of sauce like a skidmark across your hands at it goes. By this point you’ve got so much mayonnaise on you, you look like 14 year-old boy after he’s been “mentored” by Louis Walsh. And it totally takes away the food-gasm you’d be looking forward to all day. Do you know what I mean? I don’t allow myself carbs once a week to wear the feckin thing. More disappointing than Whitney tryna sing after smoking six ounces of crack.

As if its almost near impossible to go a day without illegally streaming the latest films and your favourite US shows without that anorexic hoe tugging at her pussy on your screen. If I wanted to see a malnourished little girl spanking her non-existing arse, I’d spy on Rachel Zoe in the shower.

Train doors stopping either side of you

Most things about public transport are annoying, but when it’s rush hour and your waiting for that train it’s really just luck of the drawer. Sometimes the doors stop right in front of you and you get on and take a seat before people that have been waiting 15 minutes longer than you…

Other times, you’re left facing the connecting part and then have to budge just to make sure you get the seat before that 70 year-old slowing everything down just because she’s got a walking stick.

Sneezing on the train

Oh this kills me. It’s bad enough that winter is here but it’s brought a killer cold with it. And when I sneeze, I seriously sneeze; there’s a web of snot between the fingers, saliva droplets on my lap and the sound is horrendous which makes wiping it on the person next to you’s jacket a little harder to do. Not impossible, just harder.

Other posts you might like:
>> 7 of the Most Annoying Things in the World (EVER!)
>> 7 Things That Automatically Make A Man More Attractive
>> Facefucked: Social Networking 101

CocktailsCocktalk October 15, 2013 Just for Fun, Trashy most annoying things in the world