Do you remember that heartbreaking marriage equality video that was doing the rounds a little over a year ago? Well, they’ve turned the events into a Documentary film. Seeing the trailer for this film tells me immediately that if you’re watching this at the cinema you better take a suitcase of Kleenex. I personally love a good blubberfest, especially on the comedown from the weekend, and this is perfect for that.

Tom Bridegroom was a photographer that died, and his partner Shane Bitney was refused to by Tom’s family to never see him again – not even at his own funeral. And from the video that went viral, you can tell that these two people loved each other more than anything. Hence why it’s been turned into a movie that demonstrates just how cruel, unjustifiable and purely evil homophobia actually is; that even in the face of death these nasty creatures couldn’t overlook something so irrelevant to who their son was as a person.

Oprah will air the documentary on OWN (Oprah Whinfrey Network) on October 27. The rumour mill has it that other networks refused to show the film. Thank God for Oprah. Will you be tuning in? 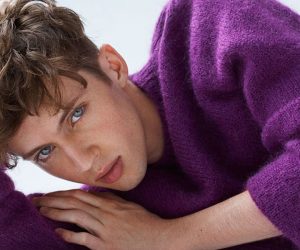