Up: Sex in Public

While sex in public places is a year-round turn-on, there’s something about getting it on in places you can get caught while the sun shines; oh yeah, not having your schlong shrivel up into a raisin because of the cold.

So yeah, sex in public is going up; this was confirmed when a friend on my mine told me he’d just had sex in the toilets of Pizza Express, Romford. So if you find yourself telling the waitress to hold the food order because your ‘brother’ feels sick, when you’re actually sucking each other off in the disabled cubicle – it may be an effect of our recent weather.

This was confirmed again when I was walking through an area of foliage in central London recently to hear a rustling behind me. I totally thought I was in a horror film for like five seconds. Then I heard the shamed scurrying of two queens that had taken a ml too many and got carried away in the bushes near Tesco.

Thought that Desperate housewives was an over-dramatised representation of suburban America? Well it is. But there’s also some truth to the nosiness of real life neighbours too. For instance; when you’re in your sister’s garden on the phone, talking loudly (and candidly) about sex parties and your mates getting gaped*, only to turn around and see her neighbour lingering by her kitchen door, you know that bitch was dropping some serious Eve’s. Now that’s Desperate.

*Gaped: The after-result of having sex with someone that has a big dick, (and isn’t afraid to go in hard).
Example: He’s not craving sex because he got totally gaped at the weekend.

Eating in = Going Down. Nobody wants to go for a heavy nighttime meal, when you can snack lightly and then go out drinking. Eating bigger meals is uncomfortable in warmer weather anyway, but also, nobody wants to be cooped up indoors like Tara Reid after her body fell apart.

Also with alcohol consumption on the rise, drunken behaviour in public places in on the increase. I’m currently hanging my head in shame for telling a waitress, I was “so hungry that I was rip my cunt off.” Yes, those words actually came out of my mouth. Sure, I was shamed; but not half as shamed as I was when a few days following I ended up being the cause of a drama in KFC.

Not that KFC is a restaurant, but yelling at security that are threatening to beat you black and blue is probably not a good idea. Lets just say vodka and GBL don’t mix. In my defence, the cashier took a tenner off me and then tried to say that I never gave him money, I may have been buzzing but girl, I wasn’t stupid. Although that could have been
argued when I was physically pushed outside and proceeded to bang on the windows like a homeless alcoholic being refused last orders at The Jockey.

Up: The Job Lot

I only started watching ‘The Job Lot’ a couple of weeks ago after my drunk Aunty recommended it to me and I was stoned with nothing better to do. And although this week’s episode was drier than four days in the Sahara on MDMA without a droplet of water, it’s predecessors have proved funny enough to keep me watching.
Man Candy takes form of the undeniably cute Russell Tovey and Angela steals the comedic value of the show with her dry wit and awkwardness.

Going down this week is Tulisa. But no, she hasn’t made another home movie. This time we’re talking about her popularity. The ‘star’ has been caught in the middle of an £800 coke deal. The only thing that is shocking about a Camden crack-hoe flogging gear is that it was less than a grands worth. And she calls herself ‘hooked up’. Bitch, please – everyone knows real rats don’t get caught. Silly GOAT.

In a recent interview when asked where her ‘career’ was headed after not being asked to return to X Factor. Tulisa said she would try her hand at rapping. And then selling ’em two for £50.

Then speaking of her ‘career’, they asked what was next in-line. Tulisa said, “two fat ones and we’ll see how fucked I am after that.”

I wouldn’t mind interviewing Tulisa actually. Getting the answers to those hard hitting questions that everybody wants to know:
Why, with all your money, do you still dress like a Lipsy slut?

Other posts you might be interested in:
>> MAN CANDY: Retweet for Rus Tov
>> The Definition of Fame Karma
>> iSEX: A Playlist to Pound to… 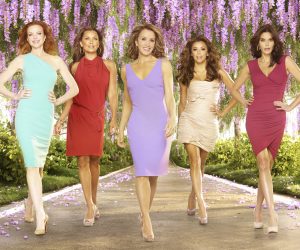 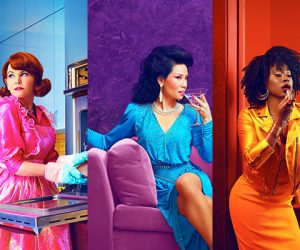