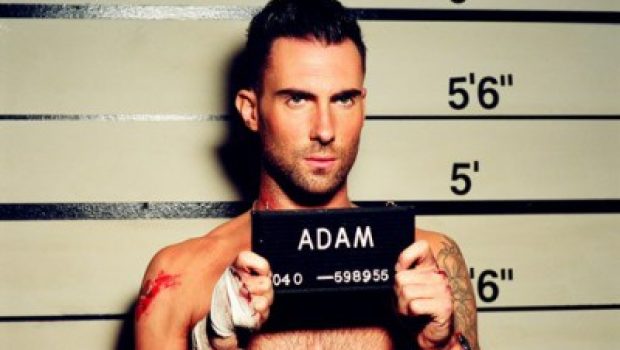 So this week, Adam Levine stated [while talking to Pride Source] that he’d legalise gay marriage on day 1 of presidency. Proving that he’s not just good looks, the cute boy-next-door talks openly about gay marriage. He states that the US are “behind” on attitudes towards sexuality, and that “it doesn’t matter. It shouldn’t matter.”

For that reason, and obviously THIS photo, he’s our Man Candy (for this week at least). Never would I don cheap red nail polish – unless, it was to cup Adam Levine’s nuts. So if your agent calls, don’t tell her to get fucked, you put on that Maybelline dry in 60 seconds and you get grabbing girl. The first time I ever looked at Mr. Levine in a different way was  when a friend showed me this photo…

And I mean, quite literally a different way. This photo is totes fake, but just imagine if it wasn’t… And who cares if it’s not his real body – I know which photo I’d rather look at with one hands down my pants.

Read his interview HERE. Or alternatively, just ogle what ‘he’ is packing in those see-through kecks. PS. I totally have them socks.