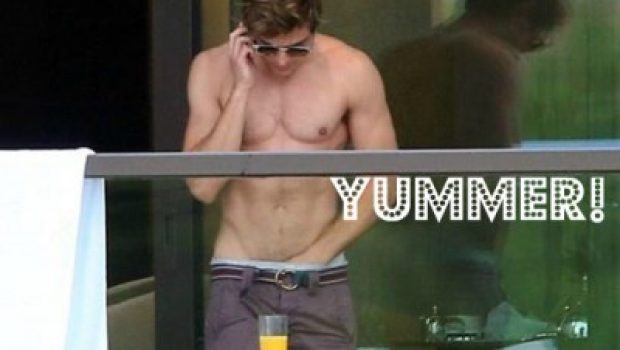 MAN CANDY: The Assets and Secrets of Zac Efron

So who wants to see Zac Efron touching himself?!

And as if I wasn’t good enough to you already. Who wants to hear the hush hush gossip on Zachary?!

So last summer I’m having dinner with Whitney Houston and friends. OK, maybe not with them, but we were at the same party at a castle in middle England, and they were at the next table. Obviously Mariah was there, Hilary Swank, the GLEE crowd, Bruno Mars, Usher and Eva Longoria. Oh my God, don’t get even get me started on that bitch… I go to say ‘hi’ to her, seen as now we move in the same circles, and trollop gives me the ‘one minute’ finger. AS IF! I was about to go all Angelina on her ass:

But I’m so giving her a second chance cos she’s probably got little woman syndrome. ANYWAY; I have on good resource that Zac bats for our team. By team, I obviously mean, homosexuality. And was actually having secret rendezvous with another A-lister…
But whatever, don’t totally spread it, cos I’ll get sued.

MAN CANDY: Dan Osborne (And His Bulge) Take To The Red Carpet