With new found confidence, she won't be a wall-flower for long...

C&C: A lot of people have commended your bravery for going on the show, how do you feel about that?
Drew: It’s weird having people say I’m brave for going on a program, I didn’t think about the outcome. I did it for the good of transpeople, to make friends and get a job. Why would I not go on a program just because I’m transgender?
C&C: Darn’ Tootin!

C&C: My favourite part of the series was when you told Donna – “Oh, you’ve only got 4p left, sorry” – She looked devastated. What was yours?
D: Entertainment wise, I enjoyed the boxing competition. Personally, I think the best part was helping Sarah. It’s so surprising how a little bit of make up can make someone feel. The fact that I could help somebody older than myself was great.

C&C: Has MTS (My Transexual Summer) changed your life at all?
D: It has changed my life. It helped me realise I shouldn’t be ashamed, but I should be proud of who I am. I think as well, meeting Donna has made me more confident.

C&C: On the final episode we heard the others discussing who they were attracted to (for instance, Sarah, as a woman is still attracted to women, whereas Donna is attracted to men) – who are you attracted you?
D: Yeah I’m the same! [as Donna] Straight men.

C&C: And is there anyone on the scene at the moment?
D: I’ve been with my boyfriend for three and half years. He didn’t want to be part of the show as he likes to keep his life private, but his family know I’m transgender and it was something I was doing. I’ve had three boyfriends…
C&C: Interrupts You’re doing better than me girl!
D: *laughs* … One previously for eight months and one before for a few weeks.

C&C: Cocktails and Cocktalk shares a lot of my dating disasters, what’s the worst date you’ve ever been on?
D: Erm… I don’t think I’ve had a dating disaster!
C&C: You’re luckyyy! I’ve had hundreds!
D:*laughs* I feel for you. The guy I dated for a few weeks said he’d be fine with me before we met, and then when we did he wouldn’t even walk near me.
C&C: LATER.
D: Like, I’m not gunna be anybodies dirty little secret.
C&C: PREACH SISTER!!

C&C: You kept quite cool on the show [in the bridal shop] – I’d of told her I may be transgender, but you’re just an ugly bitch.
D: They got a lot of slack, but what they were saying wasn’t wrong. But in a way it helped me because it just showed to people what we have to go through. People have asked if it was set up at all, but it wasn’t. I originally went for a job in their tanning shop, but they realised there wasn’t any vacancies and asked me if I’d like to interview for the bridal department instead. The scene was actually about an hour long, but was edited to just a few seconds.

C&C: How did you learn to do your make up?
D: I’m the girliest out of three sisters, so I taught myself. I’d look through magazines at Katie Price or Jodie Marsh and then watch YouTube tutorials.
C&C: You should TOTES do YouTube tutorials.
D: I have a YouTube channel so I probably will. I’ve been offered a job at a make up company, and am back for the second round tomorrow.
C&C: Ooooh, Good Luck!

C&C: And where do you see yourself in ten years time?
D: Well with opportunities arising, hopefully in hair and make up.

C&C: You should TOTES move to London.
D: Well we [people from the house] have been talking about moving in together, not saying who! So if the opportunities for work are there, it’s a possibility.

Feroshe! Well thank you for taking the time honey. And I’ll see you for drinks in the big city next month! Xoxo 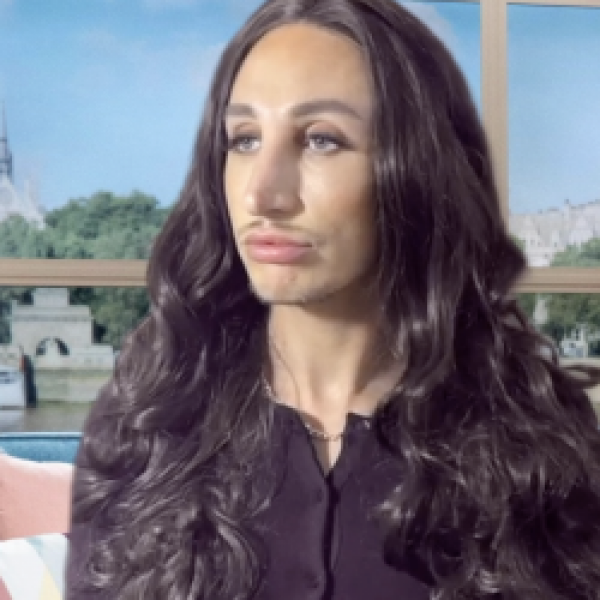