iSEX: A Playlist to Pound to…

So for a while there, beats while bumming got a bit dry (with the help of David Guetta… Ever tried having sex to one of his songs? It is DRIER than sex with sandpaper)- but music and sex is BACK with a bang (so to speak). It’s all about the Boom Boom Pow (No, that’s NOT one of them) with a little Bump & Grind (Yes, that IS one). Let the weave down, let go and as Keri put’s it…

iSEX:
Kelly Rowland – Motivation
Keri Hilson – Lose Control
Britney Spears – Gimme More
TLC – Creep
Skepta – All Over the House
(this one comes with some suggestions?)
Christina Milian – Dip it Low
(A little”How to…” guide here for all ya’ll virgins)
Another Level – Freak Me
Lykke Li – Little Bit (CSS Remix)
(This songs so intense, you can fake it and he still won’t clock)
Pussycat Dolls – Buttons

There is OBVIOUSLY more, so until next time on iSEX…

WARNING: Songs that are NOT suitable for this playlist include
Counting Crows – Big Yellow Taxi
(OMFG! Yes it has happened to me…LATER! Firstly, it was NOT inspiring and I believe is actually to BLAME for the fumbling mishap with what could’ve been the love of my life and secondly, I don’t give a fuck about the goddamn parking lot.)
Khia – My Neck, My Back
(Yeahh that rhythm is hot, but the last thing you wanna hear when you’re getting it on, is some vulgar bitch from phili spitting about all this saliva in her vadge)
And Finally… ANYTHING by Westlife 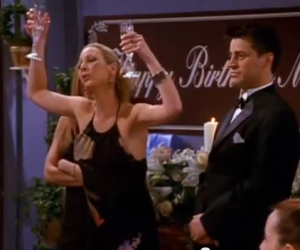